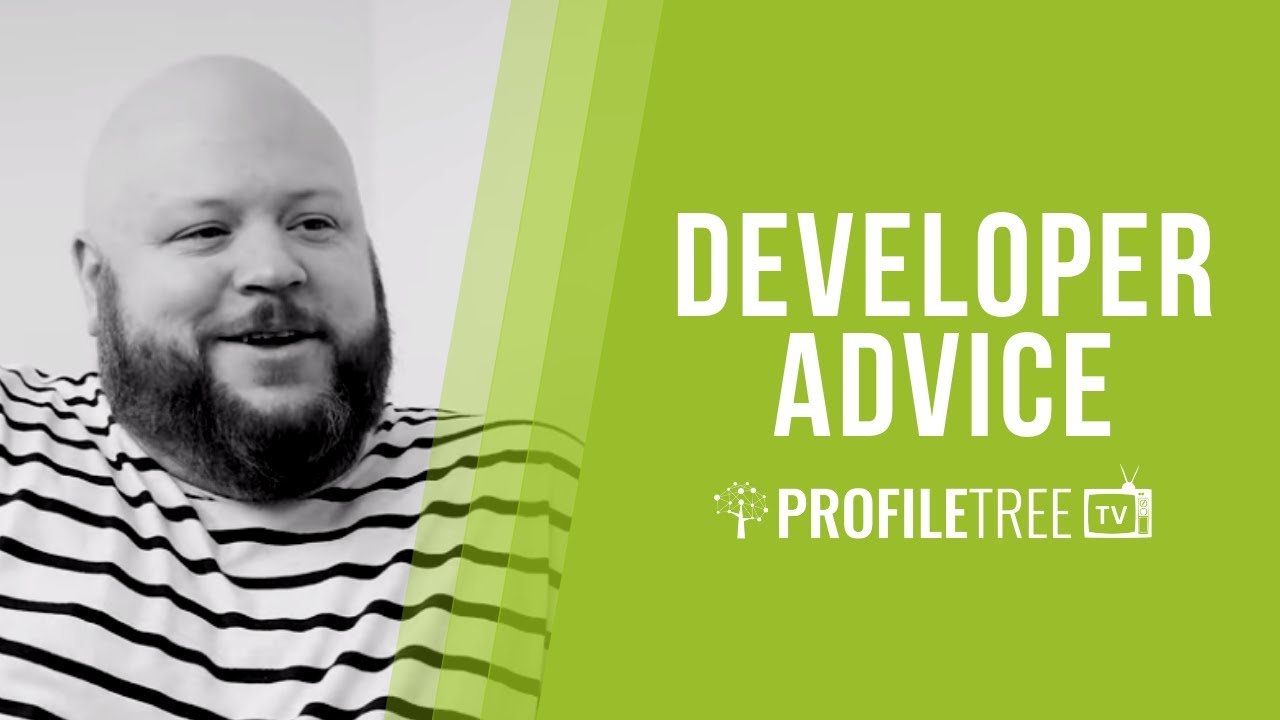 Advice for Developers and eCommerce | Gareth Burns, CEO of Selazar

We explored career advice for developers, and much more, during a visit to the ProfileTree studio from a Northern Ireland tech company CTO.

He introduced himself, and the work of Selazar, by outlining how he had moved through the ‘ranks’ of software development across 20 years.

“I’ve worked my way up from a developer role to where I am now in a fantastic eCommerce startup.

“What we do is join up the different parts of the eCommerce journey to make it easier for people to get online with their online stores. We connect them directly to suppliers and couriers, basically making it easier and more cost-effective as well.

“The name Selazar was created by our lovely CEO Jack, it’s his baby. I believe it is something to do with selling at the bazaar. It’s one of those names people start off thinking ‘that’s very strange and different’ then they get more used to it and can see how it makes sense.”

Gareth also explained why he started out on his own tech career from an early age.

“I came from a tech family, my dad was very much a tech guy and still is. I grew up with a house full of computers and stuff, which was a bit strange for the eighties and nineties.

“It meant that when the internet started happening and PCs went into every home I was, luckily enough, at the forefront. Despite my best efforts to be a musician or an artist or a writer I always found myself back in tech as I always had a real passion for it.

“I knew what I wanted to do and with the dawn of the internet I knew I wanted to be involved in it, so that was the path I carved out for myself.”

During Gareth’s video interview, he noted that being able to experience a variety of work has been of huge person benefit during his career.

“I have been very fortunate to have been a developer, a manager and a consultant working with companies over the world to learn how they do things.

“It has opened my eyes quite a lot.”

He addressed a skills shortage in Northern Ireland and said a need exists to “encourage more younger people into tech”.

“I think there’s a lot more we can be doing, there are things like CodeCombat they can play online, it teaches them to  code and play at the same time.

“Kids can programme for characters to pick up gems or fight enemies. It’s a fun game and teaches them the basics of coding. There are lots of other apps like that too.

“If we can encourage kids at a young age to engage at that kind of level, it helps them to develop their skills and build a passion.

“It’s one thing to have people coming out of university with the skills but unless you have the passion as well you’re not going to engage as well as you could.”

“It’s about knowing yourself and what you want and why you want to do something.

“Software development has grown as an industry and what used to be just one person who could do it all is now a case of so many paths. My advice is to know yourself, know what your passion is and strategise rather than be tactical

“I had a clear goal that I wanted to be a director or CTO of a tech company before I was 40 and just got in under the wire!

Advice for Developers plus eCommerce, Software Development and Tech Startups with Gareth Burns

His insights provide a great starting point for those considering how to start a career in software development.